Started with belt sander to get most of the bigger bevels done, but the wing shapes limit how much this method can be used. So Had to follow up with the Dremel, then a file and finally sandpaper. Fair to say I’ve had more than enough of sanding...

Pretty happy with the end result shown here with the front of the engine in place. 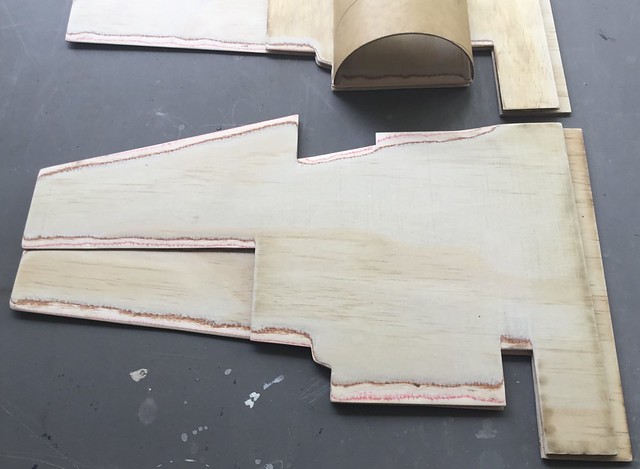 I’ve already started on forming the cardboard skin for the rear section as it is much easier to shape and test fit without the wings in place. Once I’m ready with that then I’ll put the wings on and add a beam along the bottom that will help support the linear rails. With that in place I can add the outer skin of the rear section.
QRS: 124
AMRS: 32 L2 RSO
Highest Altitude: 13,647 feet
Fastest Flight: Mach 1.55
Largest Motor: CTI 1115J530 IM
Current Project: X Wing
Top

Matt, this is going to big and beautiful. Cannot wait to see it in flight.

str8up wrote:Matt, this is going to big and beautiful. Cannot wait to see it in flight.
Warren

Thanks Warren, can’t wait either.

Had some great progress today. Started out by adding a bearer to support the linear launch rail lugs. It’s only 3mm balsa, but edge on it is very strong. Note that cardboard skin will cover it which will prevent sideways forces from cracking the balsa. I will fit the launch lugs at either end of the main body, one end of each launch lug will be supported by a bulk head, the other by the balsa. 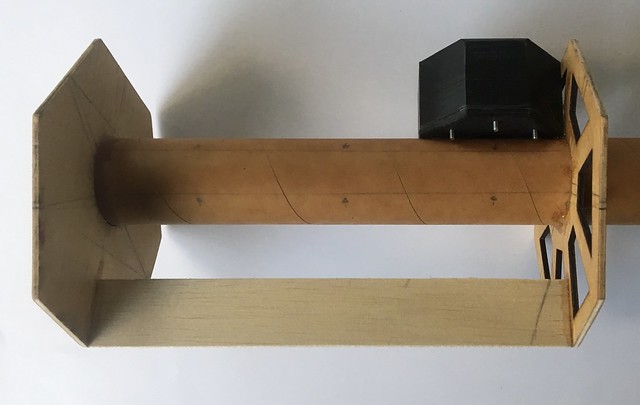 Bearer for Launch Rail Lugs by SpaceManMat, on Flickr

Next I had to figure out how to support the fins while the epoxy dried. The fins are fairly awkward to support so in the end I settled on building slots to hold the fins. These are just 3mm square balsa but will hold the fins accurately in place. I think I first saw Stewart use this method, although not sure if it’s his idea. 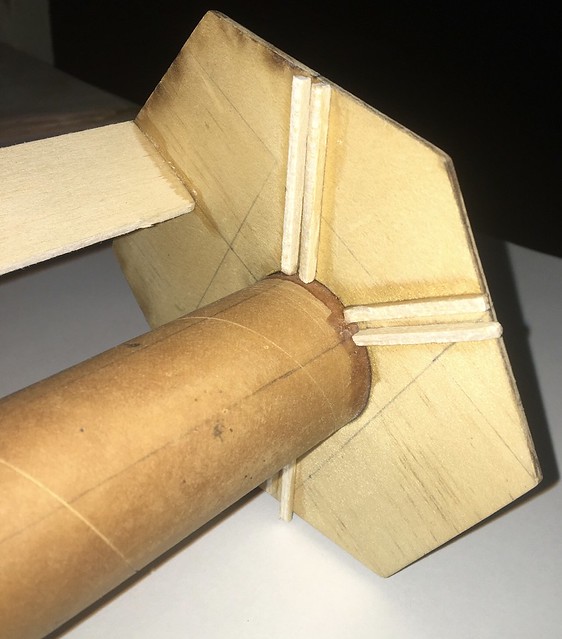 This then lead to the first dry fit of the fins 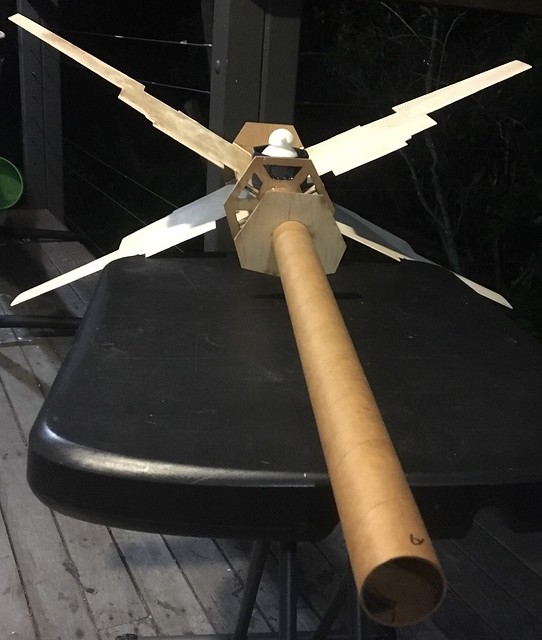 I found the fins take up quite a lot of room and makes it a bit unruly to deal with. My son suggested we make the wings removable but I can’t see a way to do that easily and without adding a lot of weight. I think I may end up making a stand using some 10/10 rail so I can work on it without putting weight on the wings. Also storing / displaying it will be a pain. If anyone has some good ideas please do let me know.

With the fins currently being removable, instead of permanently attaching them next I’ve had a slight change of plans. I will continue to work on the skin for the rear section, once I’m happy it will fit, then I’ll epoxy the fins in place. I think it will prove useful doing it that way.
QRS: 124
AMRS: 32 L2 RSO
Highest Altitude: 13,647 feet
Fastest Flight: Mach 1.55
Largest Motor: CTI 1115J530 IM
Current Project: X Wing
Top
Post Reply
18 posts

Users browsing this forum: No registered users and 10 guests