With the move away from high power launches here in QLD currently, I’ve had to rethink my rocketry ambitions. Low power launches in parks are realistically my only options short of finding a friendly farmer (which is an ongoing project - so far unsuccessful).

But the problem I keep having is none of the parks around me are all that big so I keep losing rockets into trees as they float blissfully in the breeze.

Use a streamer they say.. bring it down faster. Did that with a few scratch built cardboard creations. Spent at least as long re gluing snapped fins as I did flying. New plan, low power composite.

A couple of places in the US with some nice looking options but postage and exchange rate is a killer. So given I’ve pretty much decided I enjoy scratch building as much as flying, I’ve found a source of low cost composite - Ali express 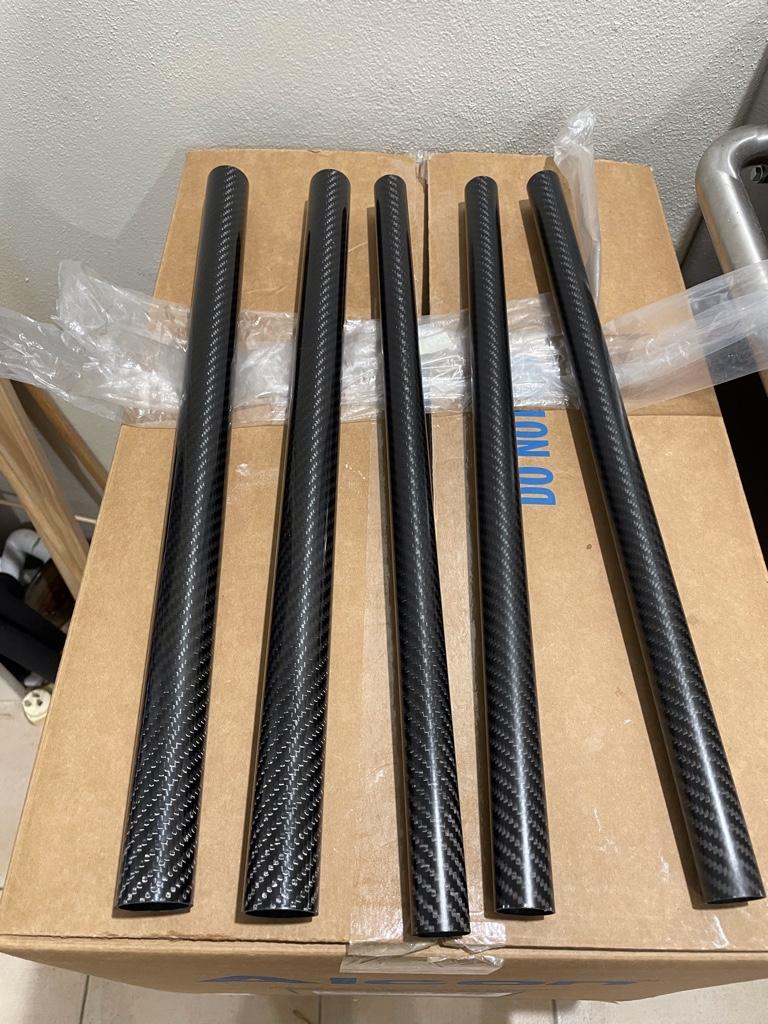 I also got some 1mm and 1.5mm carbon plate for fins. 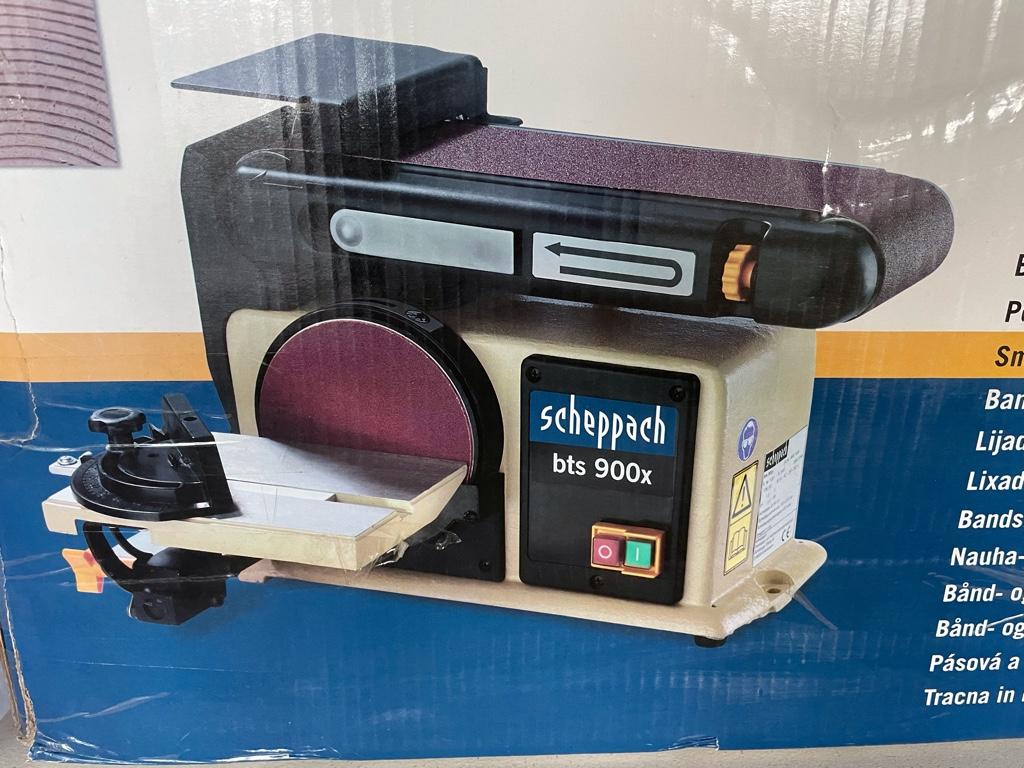 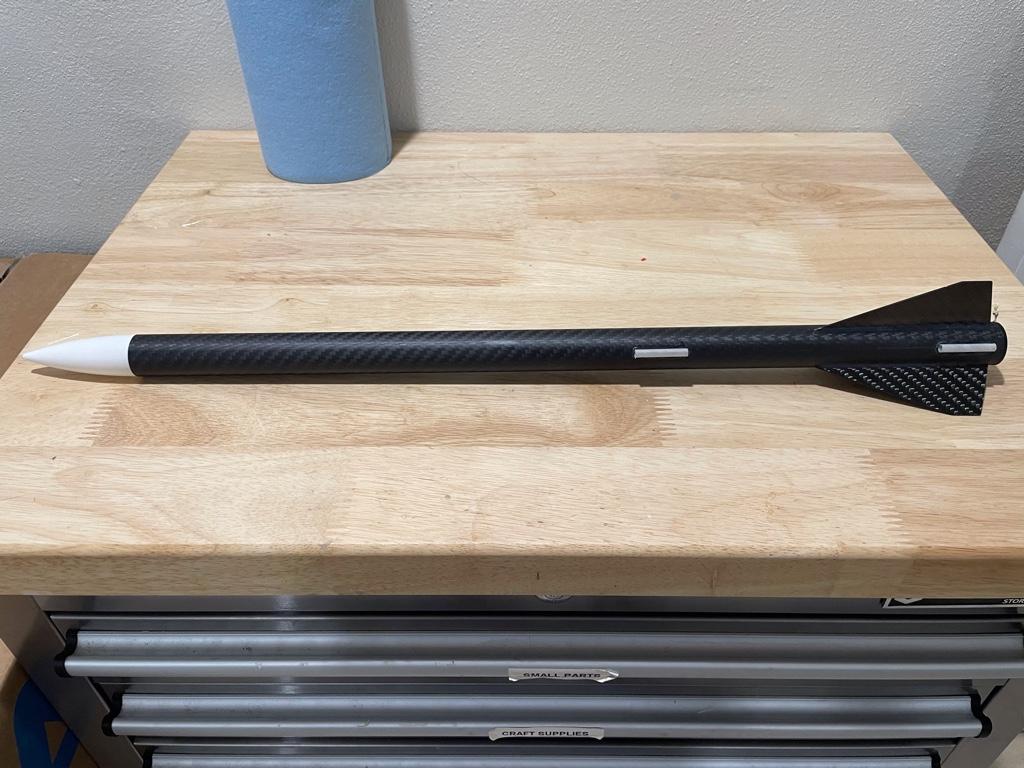 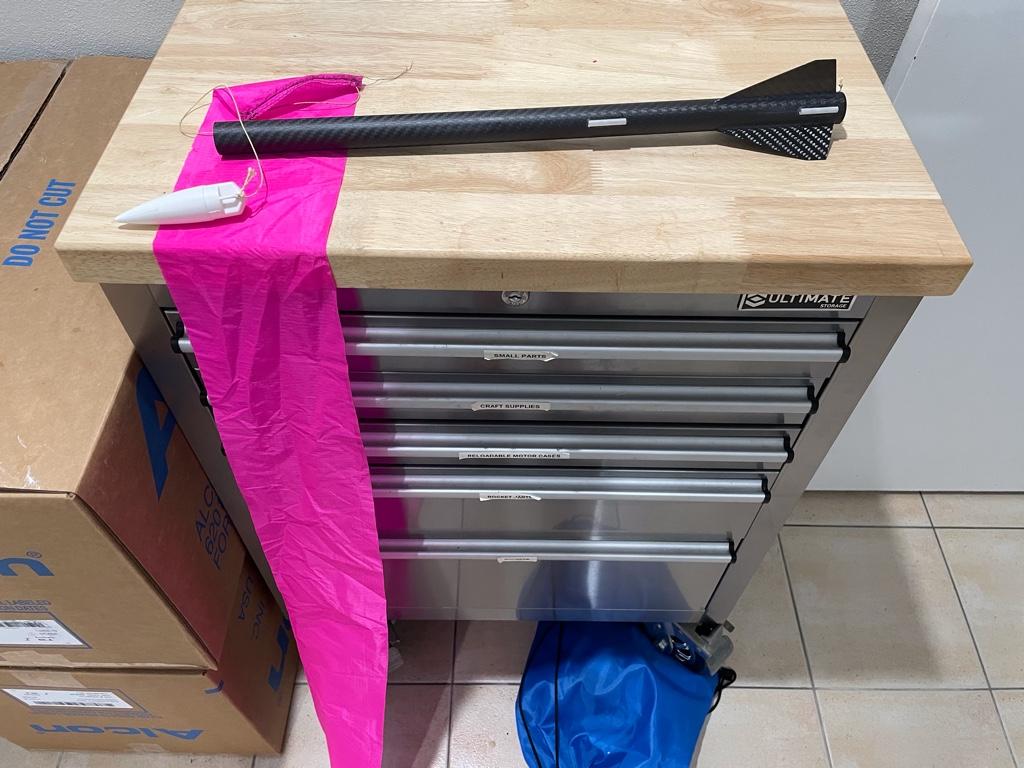 So far it’s just got launch lugs, but hoping to build an adjustable 18-29mm tower over Xmas. Looking around for template/plans if anyone has one?

Nowhere nearby big enough for a 24mm motor, so used a small Rocketarium 18/24mm adapter I got off Blake. Friction fitted the motor to the adapter with masking tape ring and frictioned the adapter to the Body tube by running a length of 150lbs Kevlar shock cord alongside it, solving two problems at once. 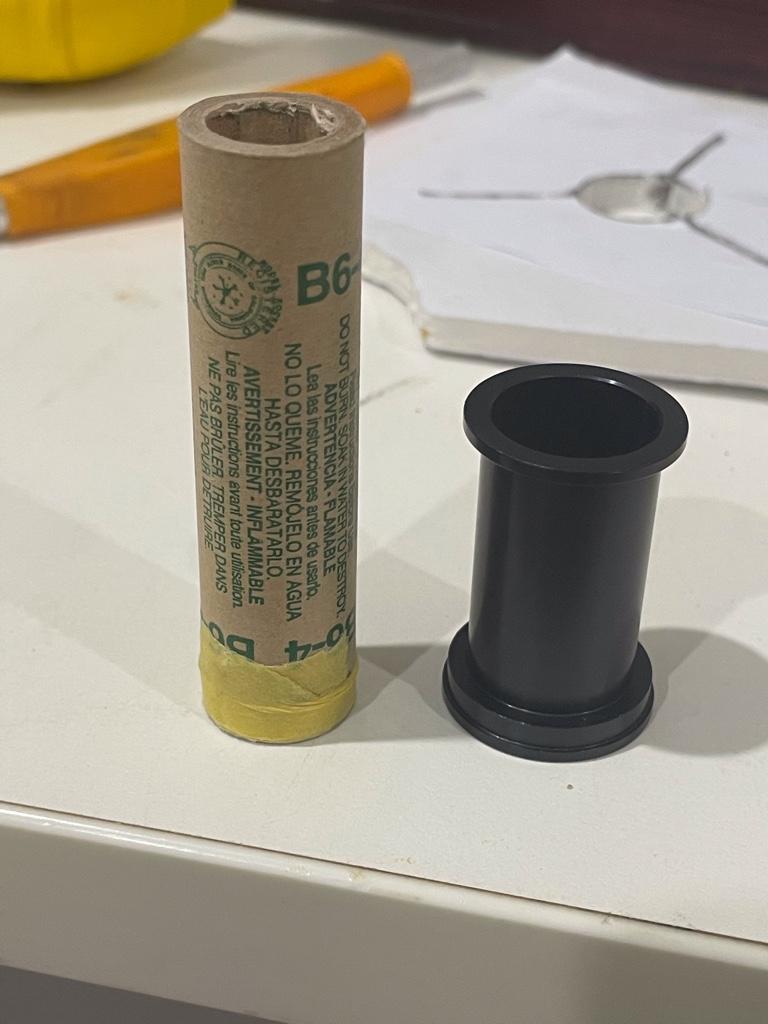 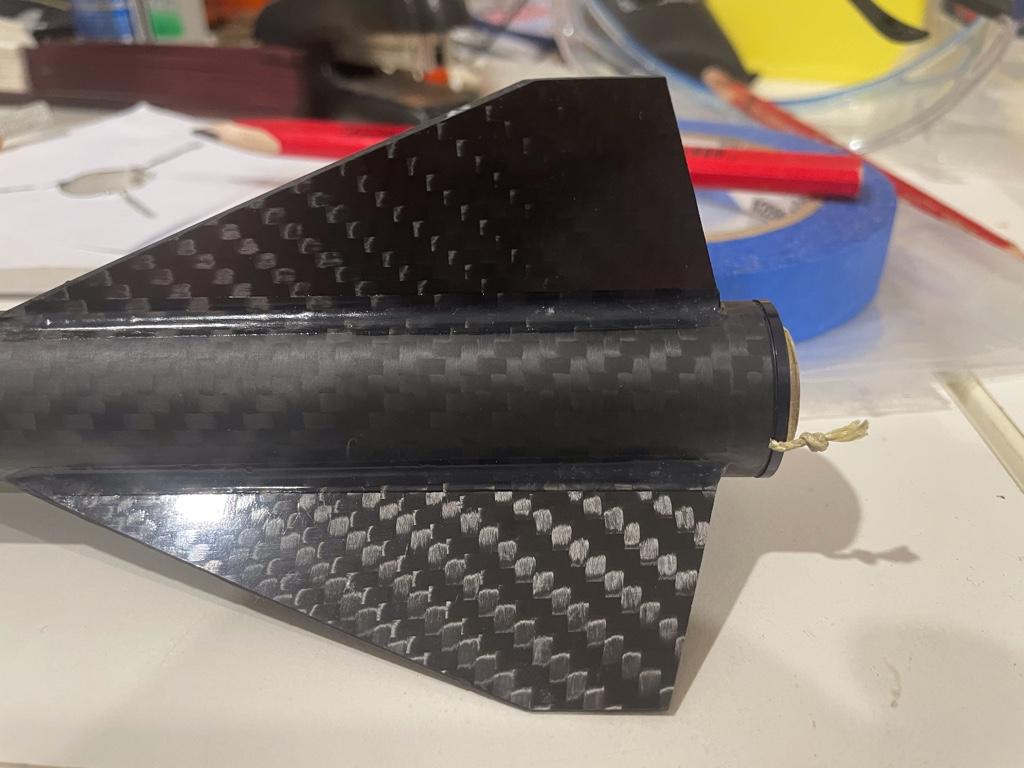 3 launches yesterday on A8 and B4, B6 engines. Went like a dream. It was pretty breezy and it came down from around 300ft with maximal allowable drift for the local school field we were (probably illegally) in.

The A launch was also a failure to eject streamer as it wasn’t packed tight enough. Fell from 150 ft onto fairly hard/dry, baked QLD earth and suffered no visible damag. Winning so far.

I’ve ordered a length of 18mm Aluminium tube to allow me to roll some 18mm fibreglass tubing. Will try a couple of 18mm MD designs as well as using it for motor tubes for further 24mm and bigger builds. Now measuring up BT55 and BT60 tubes to workout what I could use as a mandrel to make some fiberglass versions of that size.

I’ve also purchased pretty much all the reasonably priced B motors in Australia in stock on EBay!!

Awesome, nice looking rocket for sure.

Check out this little micro hybrid design, something else you might be able to use in this diameter and cheap to run;